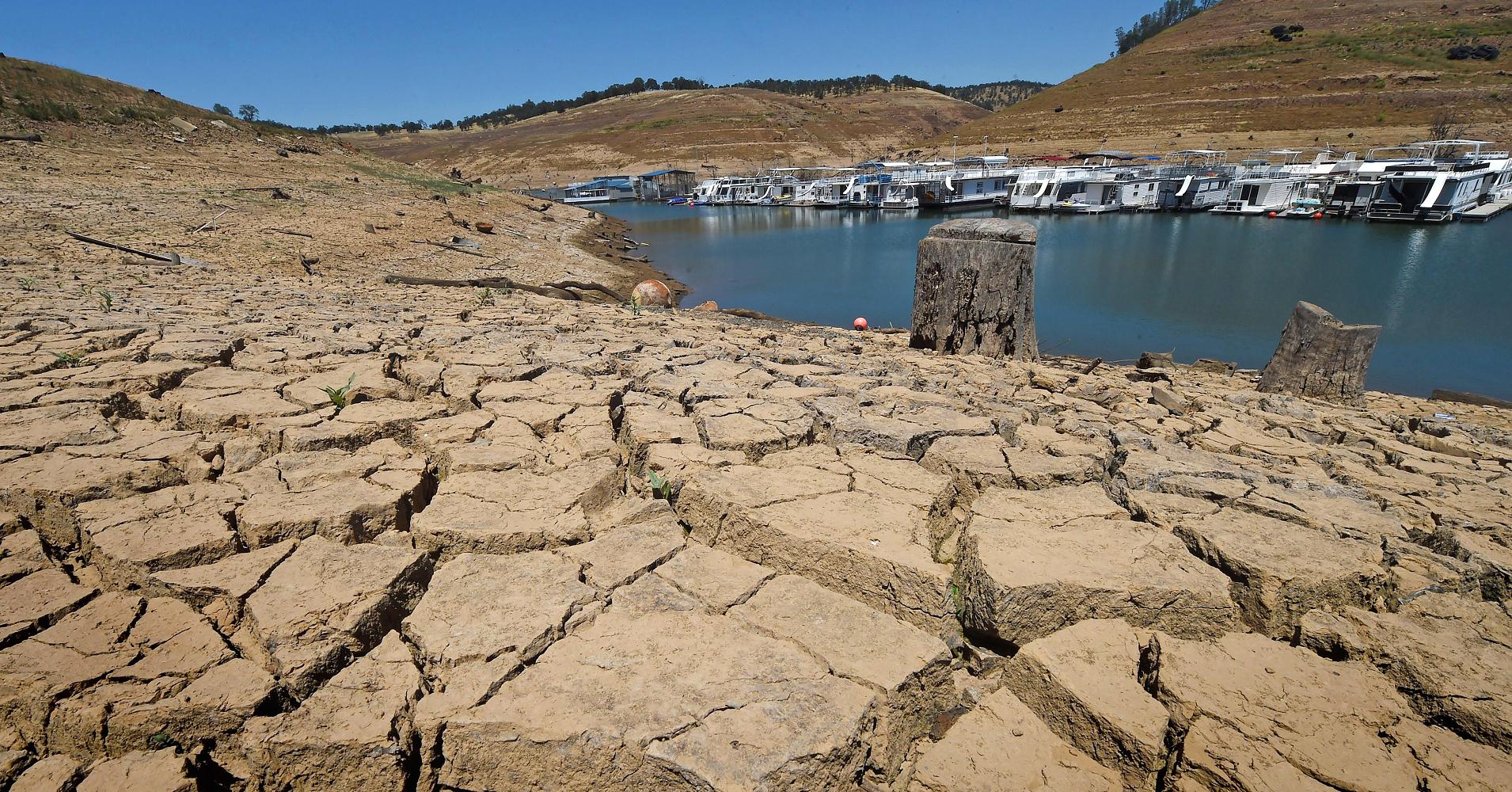 Drought refers to a deficiency in precipitation over an extended period, usually a season or more, that results in water shortages that can cause adverse impacts on vegetation, animals, and/or people.

Droughts are a normal and recurrent feature of climate that occurs in virtually all climate zones and usually present as an aberration from normal climatic conditions. Human factors, including water demands and water management, can exacerbate the impacts of a drought on a region.Drought events are typically slow-onset hazards but can, over time, have very widespread damaging effects on crops, public water supplies, and recreational activities. Long-term, persistent droughts can incidentally increase an area's risk of wildfires.

The degree of dryness or departure of actual precipitation from an expected average or normal amount based on monthly, seasonal, or annual time scales.

The effects of precipitation shortfalls on stream flows and reservoir, lake, and groundwater levels.

The effect of demands for water exceeding the supply as a result of a weather-relatedsupply shortfall.Source: Multi-Hazard Identification and Risk Assessment: A Cornerstone of the National Mitigation Strategy, FEMA

Droughts are currently monitored by the National Integrated Drought Information Systems (NIDIS), a collaborative effort led by the National Oceanic and Atmospheric Administration.The NIDIS provides daily drought monitoring reports along with seasonal drought outlook products. Drought forecast products are produced in 6-month increments showing the potential for development and persistence of drought conditions.Partners of the NIDIS include the U.S. Department of Agriculture, the U.S. Geological Survey, the U.S. Army Corps of Engineers, and several academic agencies.View the National Integrated Drought Information System and the Palmer Drought Severity Index.

The Palmer Drought Severity Index (PDSI) is a measure of droughts developed by Wayne Palmer that is widely used in the United States for tracking moisture conditions. The PDSI is defined as "an interval of time, generally in months or years in duration, during which the actual moisture supply at a given place rather consistently falls short of the climatically expected or climatically appropriate moisture supply."The range of PDSI is from -4.0 (extremely dry) to +4.0 (excessively wet), with the central half (-2.0 to +2.0) representing the normal or near-normal conditions.The PDSI is best used for long-term measurements of drought. For short-term (week-to-week) measurements, it is more useful to use the Crop Moisture Index (CMI), also developed by Wayne Palmer.View the Crop Moisture Index

Drought typically covers a large area and cannot be confined to any geographic or political boundaries. According to the Palmer Drought Severity Index (Figure 5.2), Eastern North Carolina has a relatively high risk for drought hazards as compared to the rest of the State. However, local areas may experience much more severe and/or frequent drought events than what is represented on the Palmer Drought Severity Index map.

Further, it is assumed that the Southeastern NC Region would be uniformly exposed to drought, making the spatial extent potentially widespread. It is also notable that drought conditions typically do not cause significant damage to the built environment

According to the North Carolina Drought Monitor, at least one of the four counties in the Southeastern NC Region had drought occurrences (including abnormally dry) in all of the last 19 years (2001-2019)

According to the North Carolina Drought Management Advisory Council, the year 2007 was recorded as the driest year by the National Weather Service in more than 100 years in North Carolina and was #1 in the 2007 statewide temperature ranks. Records were set in many areas for the number of days of low humidity and the number of days with temperatures above 90F. As a result of the drought, 59 North Carolina counties were declared disaster areas because of crop losses by the U.S. Department of Agriculture. This included Brunswick, New Hanover, Onslow, and Pender. The disaster declaration was made because of major losses for at least one major crop and significant losses on corn, soybeans, hay and pasture, and other forage crops.

Water conservation is becoming an essential practice in all regions, even in areas where water seems abundant. In addition to possibly saving money on utility bills, water conservation helps prevent water pollution in nearby lakes, rivers, and local watersheds.

Conserving water may also help extend the life of your septic system by reducing soil saturation, and reducing any pollution due to leaks. Overloading municipal sewer systems can also cause untreated sewage to flow to lakes and rivers. The smaller the amount of water flowing through these systems, the lower the likelihood of pollution.

Want to learn more about water conservation and things you can do at home? Click on the links below:


Strategies for drought preparedness focus mainly on water conservation. Make these practices a part of your daily life and help preserve this essential resource.

Indoor Water Conservation Tips Prior to a Drought

Outdoor Water Conservation Tips Prior to a Drought

Observe any state or local water restrictions during periods of drought. Also Consider the following tips:


Outdoor Water Conservation Tips While in a Drought


Would you like to learn more about drought? Visit these additional sites: