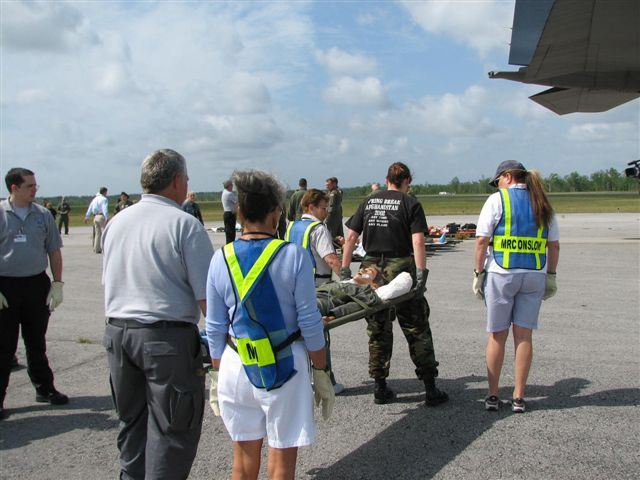 Onslow County received federal funding to create a local Medical Reserve Corps (MRC) unit in 2003. Since that time, we have been developing a broad-based organization with ties to many community partners. The mission of the MRC according to U.S. Department of Health and Human Services Secretary Tommy G. Thompson is:


"Strengthening the health and well-being of our communities has always been the mission of the U.S. Department of Health and Human Services. But since September 11, 2001, our understanding of the health and medical risks we face as a nation has changed dramatically. The Medical Reserve Corps is an important component of the Citizen Corps and the USA Freedom Corps. President Bush created the USA Freedom Corps in response to the outpouring of community support in the days following September 11. The President asked all Americans to volunteer 4,000 hours of their time - about two years - to serving others. The Medical Reserve Corps (MRC) plays an integral part in our preparedness and response strategy. It provides an organized way for medical and public health volunteers to offer their skills and expertise during local crises and to throughout the year. Locally based MRC volunteers can assist during large-scale emergencies, such as an influenza epidemic or an act of terrorism. MRC volunteers also work to strengthen the overall health and well being of their neighborhoods and communities."

Onslow County was one of the 43 units to be selected for the 2021 Medical Reserve Corps (MRC) Operational Readiness Awards. This funding will help to build and raise awareness of our local unit response capabilities.

— These volunteers provide a range of support for COVID-19 response —

“MRC units have been a critical access point for volunteers to support the SARS-COV-2 response, contributing over 800,000 hours of support to the response. ” 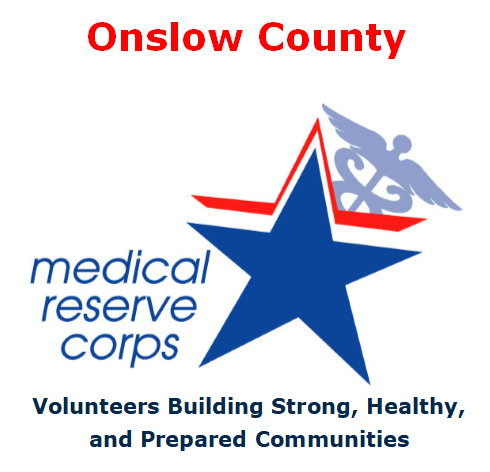