Who is eligible for burial benefits? Veterans who served on active duty and received an other than "dishonorable" discharge. Veterans who served at least one day on active duty before Sept 6, 1980 and 24 consecutive months after September 7, 1980. Reservist and National Guard members are eligible if they were entitled to retired pay at the time of death or would be at the age of 60.
Spouses and dependent children are eligible only if they are buried in a national or state veterans cemetery.

Burial in national cemeteries available for eligible veterans, their spouses and dependents under the age of 23 at no cost to the family. Headstone Markers: Veterans, active duty members, retired reservists, and National Guard members are eligible for an inscribed headstone or marker delivered at no cost anywhere in the world. 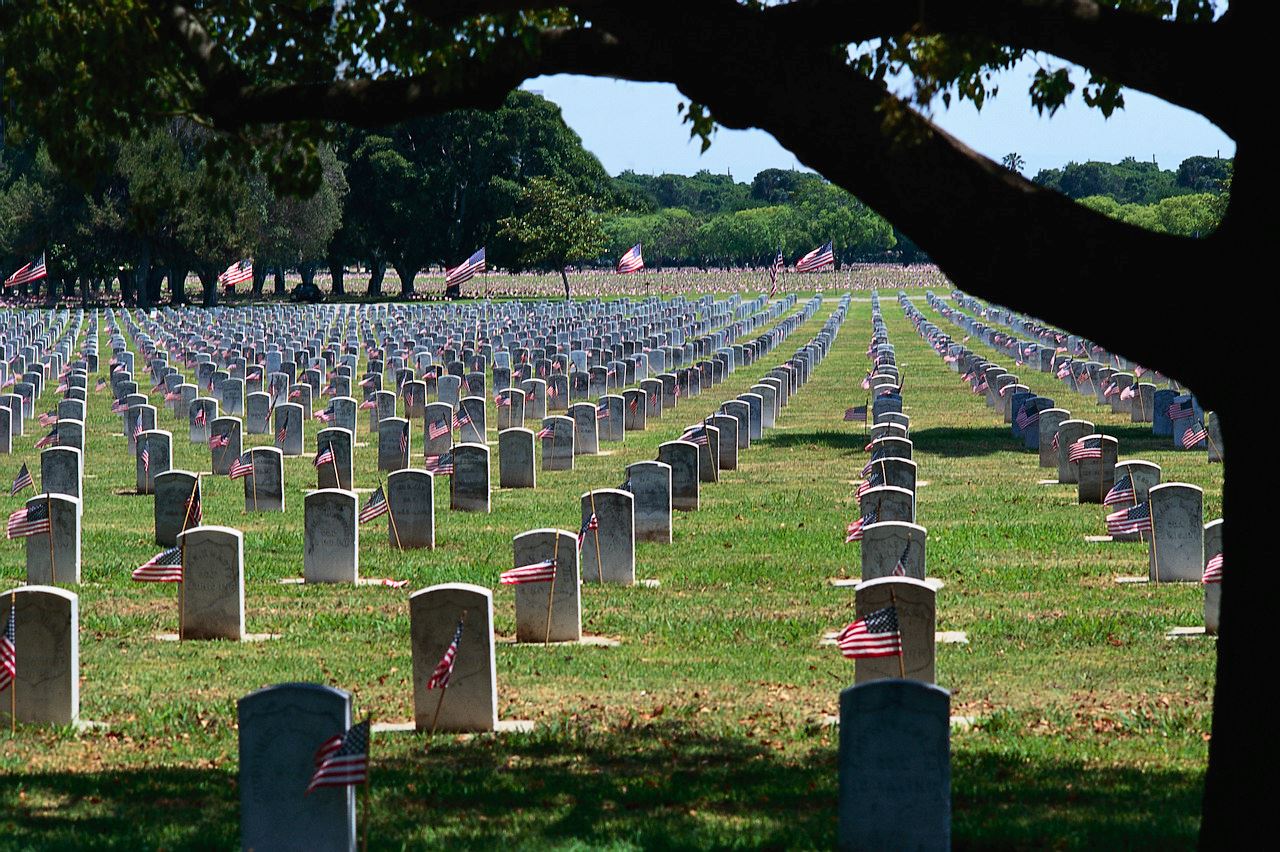 The family of deceased veterans will be entitled to receive a burial flag in the following cases:

VA will pay an allowance up to $2,000 if the veteran's death is connected to military disabilities. Claims must be filed within 2 years of the veterans' death.

VA will pay a $300 plot allowance if the veteran was discharged from active duty because of disabilities, was receiving compensation, pension, retired pay or died in a VA facility if the veteran is buried in a cemetery not under U.S. government jurisdiction.

Counseling provided by the VA Vet Centers to all family members including spouses, children, parents and siblings of service members who die on active duty. Vet centers are located in Jacksonville and Greenville, North Carolina. For more information call 202-273-9116 or send an email.